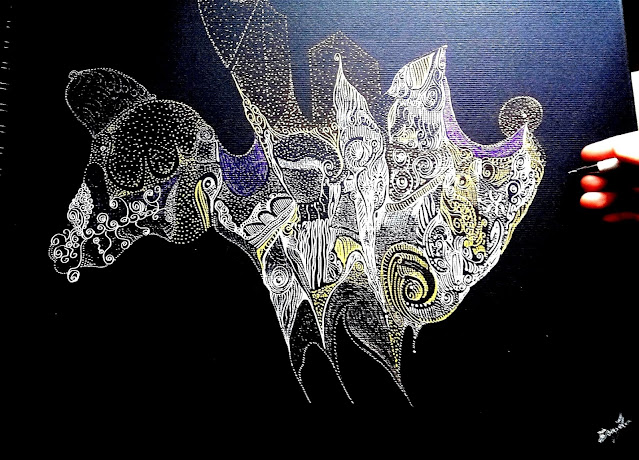 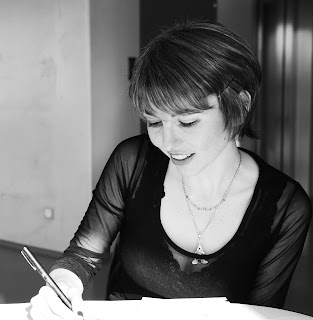 Laure Escudier is a composer, violinist and teacher. She is also a visual artist and author (poetry). She followed the composition course of the Departmental Conservatory of Bourg-la-Reine with Christophe de Coudenhove where she unanimously obtained her option with the distinction very well, and obtained her composition prize at the Conservatory Regional of Cergy-Pontoise after four years with Denis Bosse.  Selected at the "rencontres internationales" in Cergy-Pontoise. She also won the festival prize. His compositions have been the subject of commissions, including the Ariam IDF, the MG21 ensemble, the Pincées Musicales (7 women and more), the Argenteuil conservatory in 2022 (musical tale project with drawings, text and music by LE), were created at the 19th arrondissement in Paris, at the Ars Musica festival in Brussels, at the Sacred Music Festival in Saint-Pierre de Montmartre, at the Festival des mots, des rimes et des lyres, at "l'autre livre" and at the Galerie Pascaline Mulliez, the Halle Pajol (Paris) ..., and have been awarded in competitions (including a mention in the Boulogne-Billancourt competition, the Blaise Pascal Prize, Auvers-sur-Oise Festival Prize, from the Académie de Lutèce and finalist in the Vedrarias competition, etc., selected as composer for the André Chevillion-Yvonne Bonnaud prize 2021 and 2022, ...), or published (Productions d'Oz, Tempéraments). She is registered as a composer on "demandez à Clara" / "présences compositrices" and at Sacem.
(ci-dessus :  The dreamer Composition avec l'Ensemble MG21, commande de la Sacem et la Drac Île de France : LIEN du projet 7 femmes et +
As a violinist, she studied at the Dijon Higher Music School (ESM) and taught or studied in various conservatories and schools - (among others: professor at CRD de Beauvais, substitute professor at CRR de Besançon, professor at the Conservatory de Lons-le-Saunier, at the conservatory of Chevilly-Larue, at the music school of Tournus, Auxois-Morvan, etc., studies at the CRR of Toulouse, at the CRR of Cergy-Pontoise, at the Conservatory of Paris 17th, at the CRD of Bourg-la-Reine). 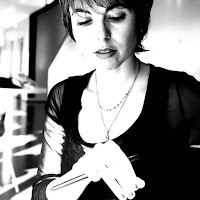 She obtained her state diploma as a violin teacher (classical to contemporary) as well as her University Diploma in Intervening Musician (CFMI d'Orsay), also followed a jazz course - (Cycle 3 at the Conservatory of Paris 17th (Philippe Poussard ...) and at the CRR de la Courneuve (P. Blanchard) and at the JAM in Montpellier) - and practiced various aesthetics within various groups: jazz, swing - (Les mouches de Paname, Swing à Laure!), fusion, Celtic rock - (Lemonfly), music from the East, the Balkans (Prilika) ..., (concerts, festivals, including the Jazz à Issy festival, ChartrEstivales, Musicalium festival, Revisit your classics, Atheneum and Salle de Flore, Consortium (Dijon), creation of the ensemble particle in Paris (contemporary music), Molto duo (chamber music) ...).
She also followed the violin course in 6th division at the A. Cortot Normal School in Paris.
She studied the violin in particular with Christophe Boulier for 4 years, of which she followed her sessions of the Academy of young soloists several summers, Nicolas Miribel, Marie Béreau, Stéphane Rougier, Stéphane Lhuillier, Yvette Lafargue, Igor Volochine etc. She trained in singing during her training at CFMI with several teachers including Evelyne Koch at CRD de Clamart or Olivier de Tournemire at CRI de Chatillon. 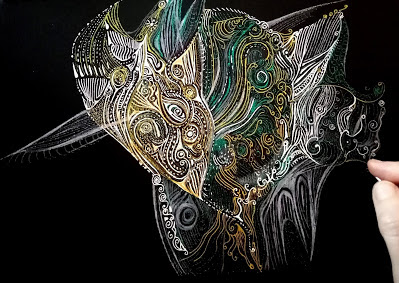 In addition, practicing poetry and drawing since early childhood, after a literary Baccalaureate option Plastic Arts, she studied for one year at the Beaux-arts in Toulouse and regularly published and exhibited her texts and drawings in magazines, at fairs, readings. , various projects ... (Among others: exhibition of drawings at the Salon de la poésie in Paris, at the Château de Belleville, Contemporary art fair Paris 11th, Salon de la Bellevilloise, prize during poetry competitions including the first at 9 years: "first prize of the floral games of the land of Olmes", poetry prize at the Paris sud university competition, prize of the Villebon-sur-Yvette media library, Nanterre PoéVie, Terpsichore Prize; journal publications: Incertain regard, Lichen, Ce qui reste, l'Intranquille, Souffles, Méninge, Cabaret, 17secondes, éditions du nain qui tousse...) 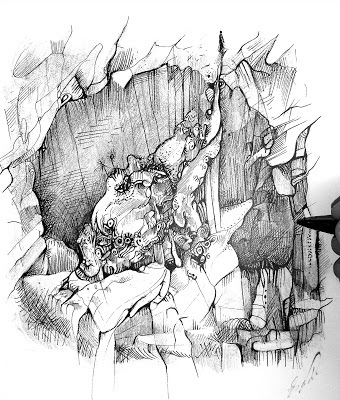 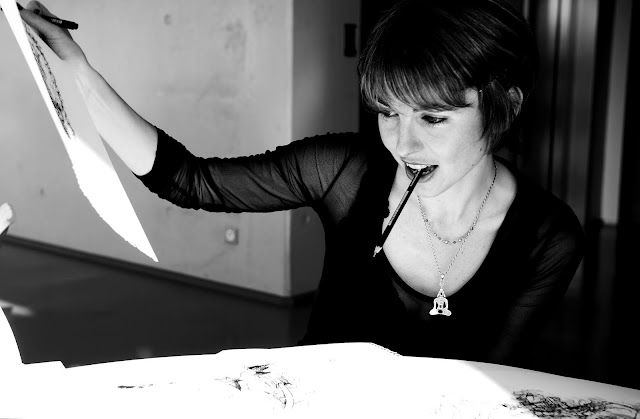 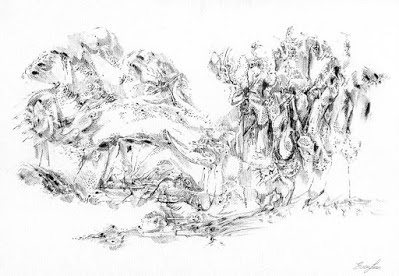